Its Kind of a Funny Story....really is kind of a funny story!

The film is an adaptation of the book written by American author Ned Vizzini. The story is about about this 15 year old kid who is stressed about his school and the crush he has on his best friend's girlfriend. This stress leads him to using drugs and eating disorders and suicidal thoughts.... So he lands up on a bridge with the full intent of jumping off... but calls 1-800-SUICIDE instead.
Now here is where it gets kinda funny.... he get himself admitted into an asylum and meets all these other crazy patients and the story just is about his interaction with all of them and how he finds himself thru it all.
I loved the movie... sweet and simple and funny and it just strikes a chord. More so i think because of the way the the lead character has this off beat narration going on all thru it just has a very Catcher in the Rye feel to it... and that is one book that's just embedded in my system.... The way J D Salinger writes like he's just talking to you... just talking to himself actually and you're just lucky to over hear his conversations.... this film and story has a very similar feel... and i love it! like this one scene where Craig is talking to his family:
[Craig dreaming that he is about to jump off a bridge. His parents and little sister call him.]
Lynn (Lauren Graham): "What were you planning to do about your bike, hon?"
Craig: "I don't care about my bike. I'm killing myself."
George (Jim Gaffigan): "Well, we spent a lot of money on the bike, sport. We only ask that you take care of it."
Alissa (Dana De Vestern): "Think of me, Craig. I might want that bike when I grow up."
Craig: "I'm sorry. I just didn't think it was..."
Lynn: "That's right: you didn't even think about us when you were deciding to do this, did you, honey?"
George: "Pretty selfish, I'd say. Have you thought about how this might affect your sister?"
Superb!!!!!!
But what most inspired me in the film was the art.... the cityscapes by artist Brian Drucker. Now this was what i loved really: 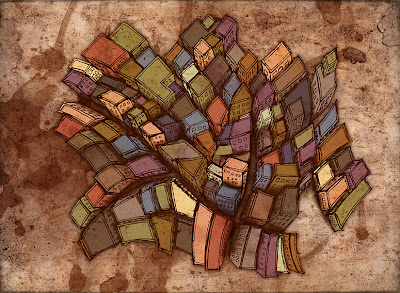 But this i found easier to copy! 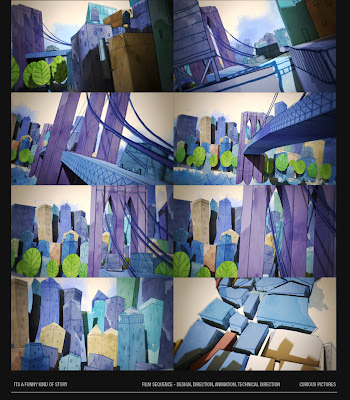 Once i started sketching cityscapes i got addicted.... it went from simple pen sketching to colors to photoshop to 3D cards.... have a look and let me know what you think! 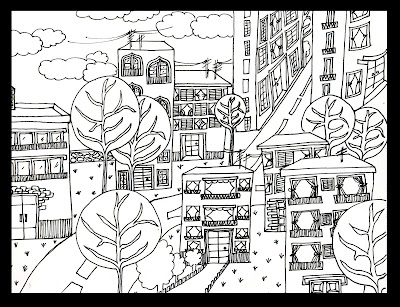 Sketched out with a basic blank sketch pen 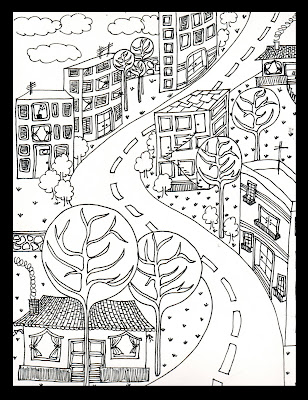 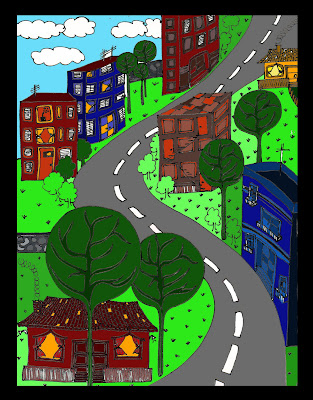 Added color in photoshop... didn't have the heart to touch the original paper... I love black and whites... 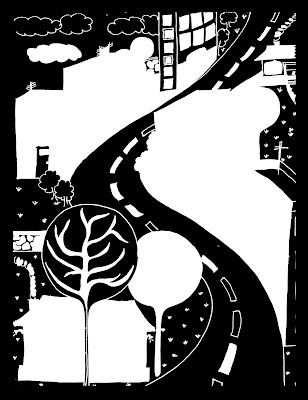 Got this effect on photoshop by removing some layers.... really liked it!

The Cityscape 3D card is on its way... just need to finish it up a little.... don't forget to watch "its kind of a funny story"!! and if you need more of an incentive it has the super funny Zach Galifianakis from Hangover....
Going to leave you with one last funny from the movie.... this will give you a fell of that crazy off beat narration i was telling you about:
[Craig talking to the psychiatrist about a prestigious summer-school program to which Craig is expected to apply.]
Dr. Eden Minerva (Viola Davis): "What would happen if you didn't get in?"
Craig [narrating over a montage of his imagined future]: "Then I wouldn't be able to put it on my college application, which means I wouldn't get into a good college. If I didn't get into a good college, I wouldn't have a good job. Which means I wouldn't be able to afford a good lifestyle. So I wouldn't be able to find a girlfriend, which means I'd probably get depressed, and I'd end up like Muqtada in a place like this for the rest of my life. So... what would happen if I didn't get in?"
Craig [talking to the doctor]: "I don't know. It's hard to explain."
ha ha ha ha ha!!!!
Posted by alishka-the diy mommy!!! at 23:32