So over this weekend a lot happened!!! i was once again faced with the whole "why won't you get a job?"

Not by anyone!!! I don't need anyone else to get on my case i do a pretty good job myself! ha ha...no but truly i just don't know why i won't go out there and get me something to do... I mean i know why.... because at some level I'm plain lazy and at some level i'm not so sure i'm really qualified for much and at some level at this age i find it difficult to start from ground zero....

Having said that i have figured out that the one thing that really gets me (apart from my diy projects!!!) is a wedding! a beautiful private personal affair.... which we don't have much of in India. Here its super loud super colorful and super non personal!!!

Infact there was this wedding i attended, my husband's friends wedding and i met the bride for the very first time. And i was so amazed at her... for the first time ever i saw a bride enter laughing and joking around!!! And while she stood on stage and met hundreds of unknown people (me included!!!) she just smiled her way thru it. And she wasn't just pretending... she was genuinely "HAPPY"

So i decided that at my wedding that's what i was going to do. Have fun and be merry!!!
But there was this moment during the pheras that i burst into tears because one aunt made me so nervous!!! See at the first phera i was ME super happy that i'm marrying this absolutley gorgeous guy and i was all smiley smiley!! And out of no where this aunt come and whispers in my ear " what are you doing smiling like that??? be serious" and Bam! tears just started rolling down..... everyone thought i was so taken up by the sentimental -ness of the marriage ceremony... but honestly i was just so nervous!!!

So at the next wedding... the earlier one was at the gurudwara and the next one was a traditional seven phera... this is how i came in.... being ME!!!!!! 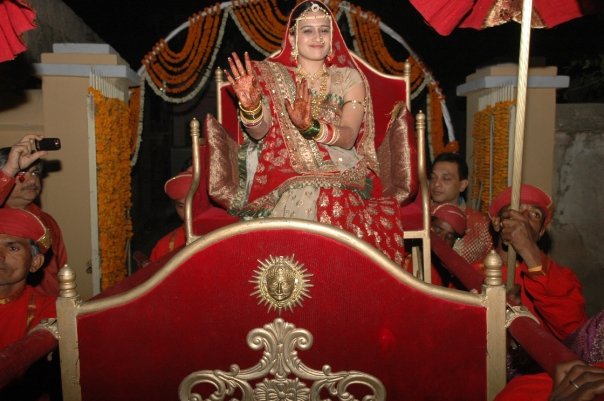 This is truly as non traditional as it gets!!!!!!!!!! but i was... a happy happy bride!!!
And its for this very moment in a wedding that i even want to do weddings.... because at the end of it all... its about  celebrating... celebrating the choosing of that one person who make your heart flutter who makes you smile and makes you coffee!!! who tells you stories while putting you off to sleep and promises to love you no matter how grumpy you are!!!
yup... weddings.... that's what i am going to do one way or another.... here is to happy brides everywhere!! 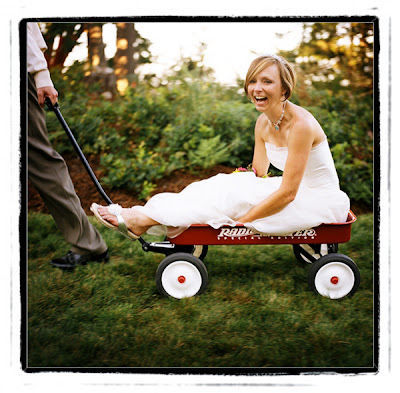 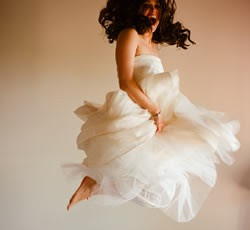 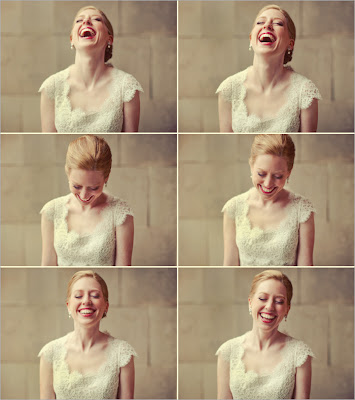 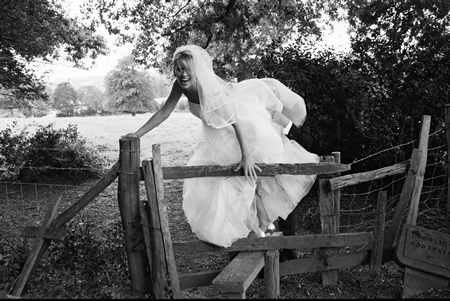 Email ThisBlogThis!Share to TwitterShare to FacebookShare to Pinterest
Labels: Notes About Me, Weddings