As a tribute to Master chef Season three i made enchiladas! And they turned out super yum!!! 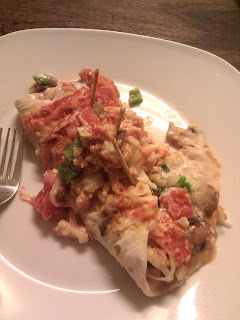 Best part was how easy it was to make....


So i started off with with the Rajma. 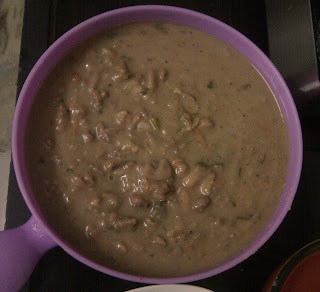 You need to soak it the night before so that its easier to cook. Add some tasty home made garam masala and one cut up tomato to the rajma and put it into the pressure cooker. About three whistles and you should be done.


In a fairly big utensil add some ghee. Once its hot put in two pureed onions. Let this cook for a while, but keep stirring so it doesn't stick to the base. Now add some more garam masala just a quarter tea spoon. Put in the rajma from the cooker. Smash it with the back of a wooden spoon so that you're not left with full rajma beans. Add red chilli powder, a quarter spoon more of garam masala and salt and pepper. mix it up real nice. Add water occasionally depending on how thick or thin you want it. Its better if its a little thick for the enchiladas.

Next cut up a few vegetables. I used 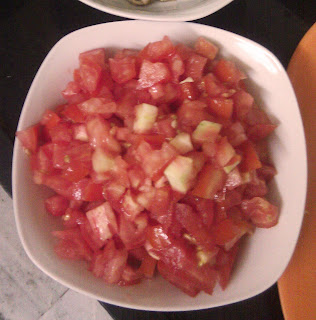 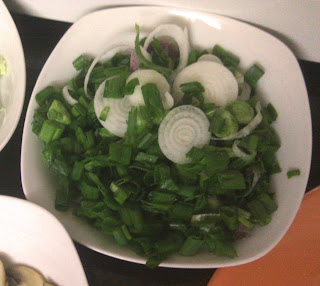 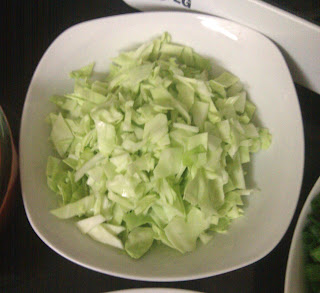 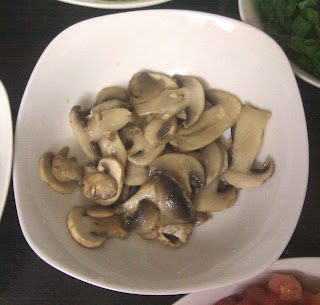 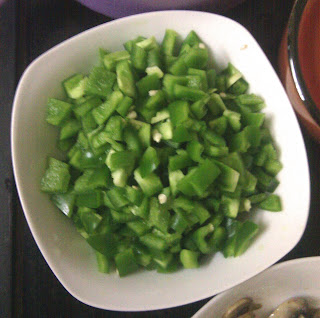 Then you need two sauces. A sour cream and a red chilli sauce. 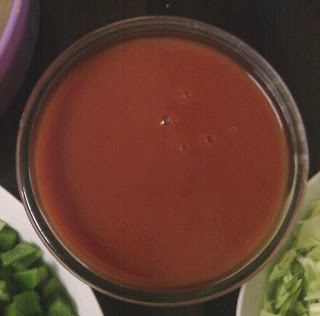 Open up on packet of tomato puree into a pan. Add some red chilli powder, salt and sugar (since the puree can be a bit sour). Bring it to one boil and its ready. 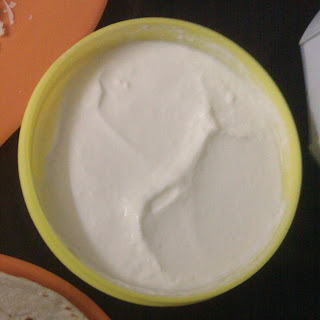 Sour cream is easy too. Just mix some cream off your milk and add milk to it and keep stirring. But stop once you feel the consistency is good or else it could turn into white butter!! Put this in the fridge till you're ready to plate up.

Last thing are the rotis. Make plain flour or maida rotis. And make them nice and big. so that everything fits. 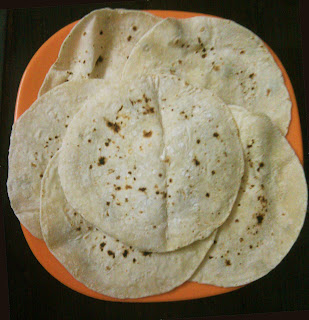 Now the fun part! put your rotis in separate plates. Add all the ingredients into the center. Starting with the rajma then the vegetables, topped with both the sauces. Fold the rotis and put in toothpicks to hold it better. Now sprinkle some grated cheese or better place two slices of cheese on top,avoid the toothpick area!! put lots more sauces on top till the rotis seem soaked in it, or else the enchiladas will be dry. 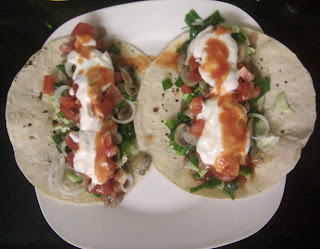 Now this next step is a bit of cheating on my part! I don't have an oven so i simply placed each plate in the microwave for about 3 minutes or till the cheese melted. and Ta-da! same effect!! 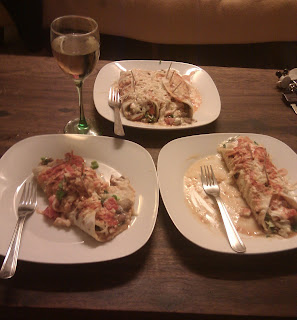 Two for the husband one for mommy one for me! 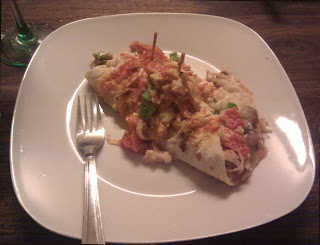