I'm sure I am a great masi..... but since both my nephews live abroad I hardly get the chance to prove it!!!!

And if they were to live in the same city I would bombard them with fun stuff all the time.... but being what the situation is.... i get few opportunities to show my love..... so this time i decided to make both of them really special gifts
Since both are now around two years old... I figured they would take to learning numbers... So I decided to make them little number books...

I have had a massive crush on all things felt... Love the fabric love the colours and love that little kids can't tear it like they would paper!!!

So I went on a mad hunt in Bombay for felt fabric... Not as easy as you would think... I finally struck gold at the ever green something special of cheap jack fame... Expensive but good quality.... I bought pretty much every color they had!!!!

I had seen these really fun activity books made of felt on Pinterest and was fully inspired....

So there are two versions..... the first one I made I glued all the little elements onto the felt fabric. I used a good fabric glue.... but for some reason I don't think it will be long lasting.... I need to ask my sister!!!!

The other one I actually sat and stitched each little element...... took me forever.... but I think it will stand the test of time... more like the test of a little baby going at it!!!!!!!

Figuring out the little elements for each number was such a task....  though it really got my creative juices flowing.... what elements would a little baby boy connect to? flowers stars hearts the sun..... a million options but then they had to also be something that I could cut easily.... considering my page size was just 3" x 3"....

The other major task was binding.... firstly binding each page together... had to learn the blanket stitch from my mommy.... for that finding the right thickness needle and wool that would go through two layers of felt was important!!!!! The over all binding was much easier..... and pretty quick... considering how fat the book turned out to be...

Here are pictures of both the books.... 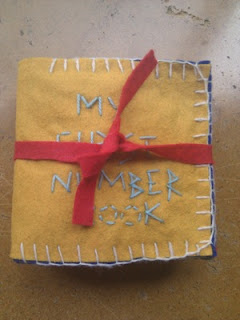 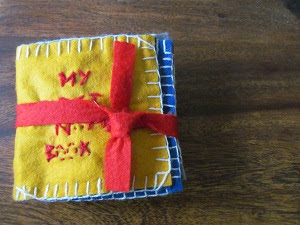 The colors are all exactly the same.... just the first ones are all taken on my old google nexus and the second book was shot with my mums nikon..... guess this is direct proof that good old regular cameras beat a phone camera anyday!!! 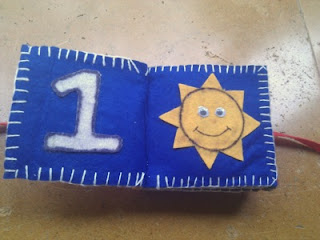 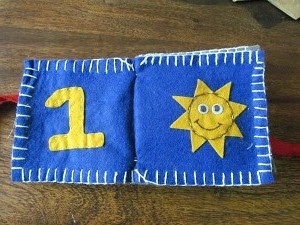 Since I first made the book of the first set of pics, you will see plenty of changes in the second set... I guess I learnt from a lot of silly mistakes.... 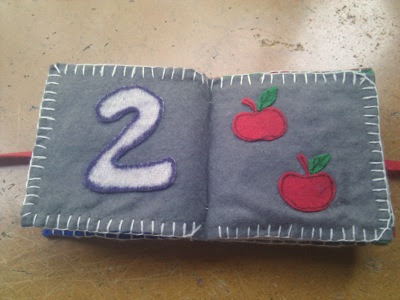 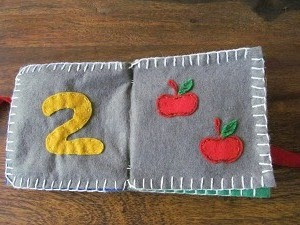 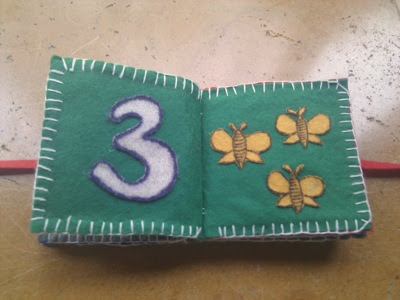 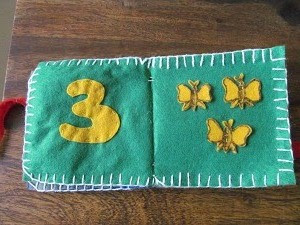 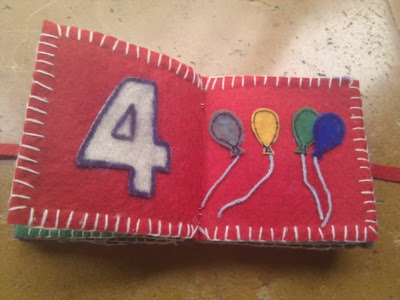 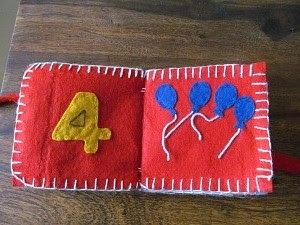 So the reason I used the same color for all the balloons this time was because my brother said that a kid will associate the same colors when he is counting and if the colors of the balloons are different he would get confused.... Don't know how far that might be true.... but I thought may as well!!!! 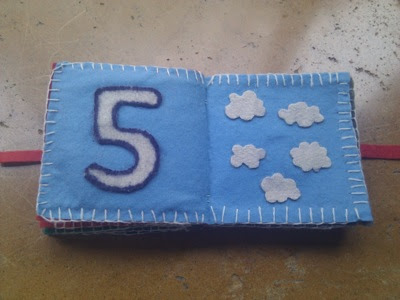 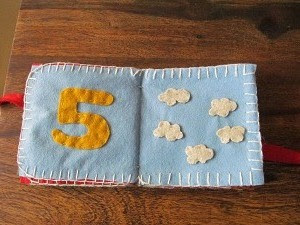 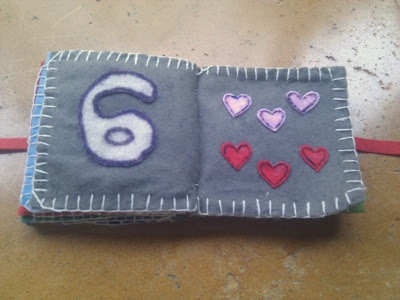 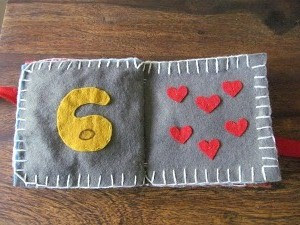 Same thing with using similar colored hearts as the balloons..... also I liked not outlining them no? what do you think? 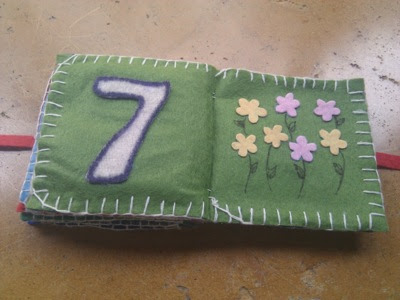 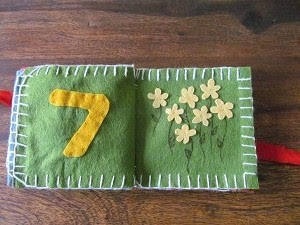 You'll notice my number cutting has become much better in round two.... much neater!!! 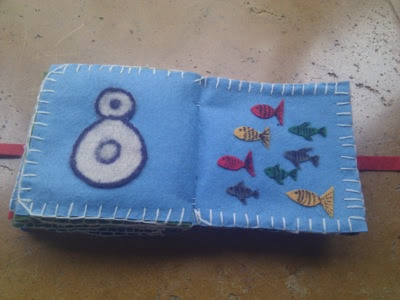 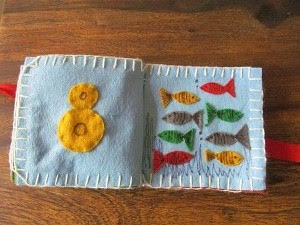 The fishes were the worst!!! From cutting to stitching to sketching on them.... oh my God.... next time no fishes!!!! 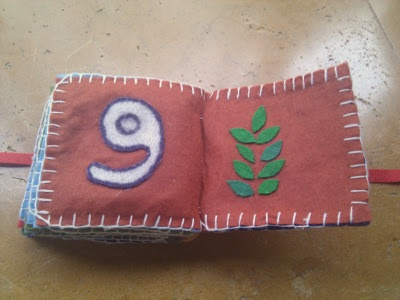 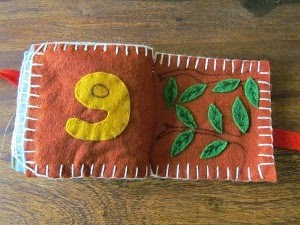 This is the only one where i preferred the original placing ..... so much prettier.... also don't you feel the stitching and no outlining of the numbers is really neater? 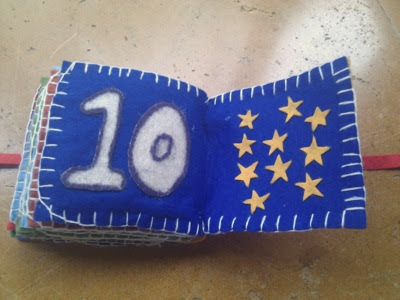 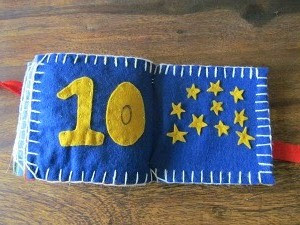 After the clouds this is my favorite..... so pretty they look!!! 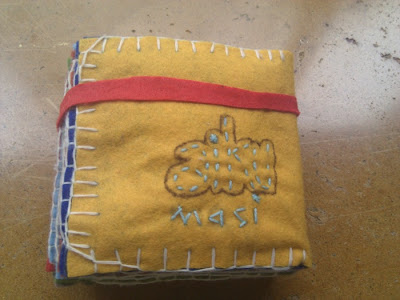 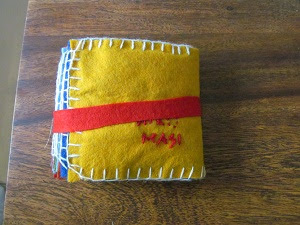 Again I prefer the original writing.... much clearer I think.....
So yeah.... these were my fun number books.... hope both those little boys are enjoying them as much as I enjoyed making them!!!
Posted by alishka-the diy mommy!!! at 10:44

Email ThisBlogThis!Share to TwitterShare to FacebookShare to Pinterest
Labels: DIY